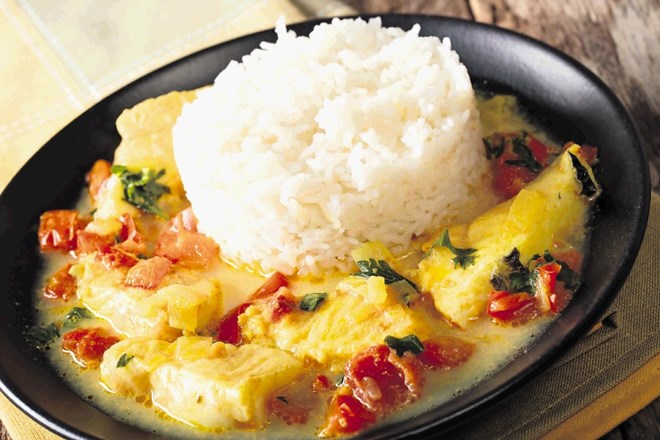 Brazilians serve a thick, aromatic soup with cooked rice, which is placed directly on a plate. (Photo: Alleko)

Moqueca (pronounced mokeka), Brazilian tupis called poqueca (pronounced pokeka), is an ancient Brazilian fish stew made with sea fish, tomatoes, onions, garlic, cilantro and coconut milk. It is traditionally cooked in clay pots, but often, in addition to the obligatory filleted meat of various types of fish, such as swordfish, shark, etc., it also includes cleaned prawns or prawn tails . The dish, which has been prepared for at least 300 years, is known in two forms, such as moqueca baiana, as prepared in the northeast state of Bahia, and moqueca capixaba, originating in the state of Espírito Santo At the South-East. . The best known is the first version, which traditionally uses palm oil for the fat, while the second milder version of capixab is slightly influenced by Portuguese cuisine and instead of palm oil it includes much healthier olive oil and bixo dye (lat. Bixa orellana), so the dish is quite intensely red. In some places it is served with raw bananas as a side, otherwise the standard side dish is cooked rice.