The Zasavje dish was prepared by 11 teams who tried to outdo each other. The culinary competition is already traditional, it has been preparing since 2017. The meeting of culinary creators and visitors was well received, as the number of visitors is numerous each year. 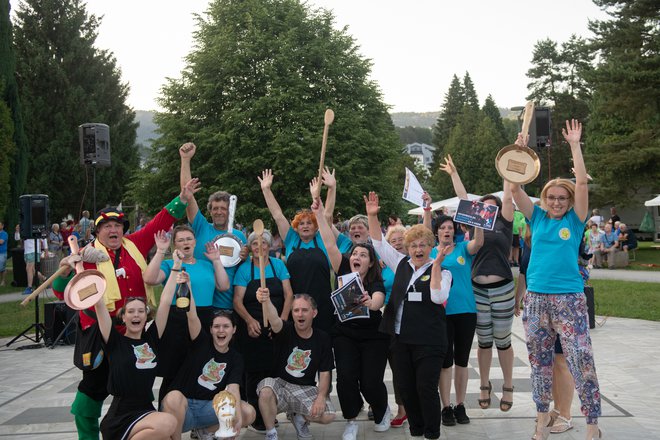 The competitors celebrated the ranking together.

According to the jury of experts who composed it Angela Muhic – Gelian authentic Knap housewife who worked as a cook in the Ajnzer mining canteen, Martin Vodsek of Gostilna Martin, known in the wider Slovenian region as the holder of various prizes at competitions and catering choirs, and Slavko Pajntar – Pinkya representative of the Tourist Association of Slovenia, the third place was taken by the Youth Theater Svoboda Trbovlje, the second by the Educational Association Čeče Hrastnik, and the winning pomegranate march was prepared by members of the Trbovlje Tourist Association.

President of the Trbovlje Tourist Association Jozi Kukovic taking the golden pan, she said, “I have colleagues worthy of gold. So they got gold. They cooked with their hearts. And if you put a part of yourself into a product, it will definitely be a hit. And this is our success now. Good job girls.”

Although they won a bronze pot in the competition, the most special Grenadier march was prepared by the team of the Svoboda Trbovlje theatre. This one had the most complete and interesting, already quite unusual for me. They cooked up to five different pomegranate steps, namely fat vanilla, sweet vanilla, kuolm, red quarters and dog. The latter, as the name suggests, is for man’s best furry friends. The march of the grenadier in the classic colors, red, black and brown was also submitted to the commission for consideration. They also had a competition mascot, Mr. Grenadier.

For the poor backpackers and their families, potatoes were the staple food.

The march name of the grenadiers comes from the First World War. Austro-Hungarian soldiers, called grenadiers, used it as a caloric dish before marching. As later for miners, the dish was extremely practical and appropriate. Both in the war and in the mines, there was poverty, hardship. Potatoes and pasta were cheap ingredients, they were the easiest to get, and besides, many people could get enough of them. During World War I, the dish was a combination of boiled flour dough and boiled potatoes.

With the development of mining, German-speaking mine workers brought it to the Zasavje region, where it became a feature. For the poor backpackers and their families, potatoes were the staple food. If they had enough in their basement, their family would provide for the winter.

From there, housewives prepared a variety of simple dishes, as low wages made life difficult for families. These include the march of pomegranates, abundant food for a hardworking mine worker. It was enjoyed as a standalone dish for lunch or dinner. If they added meat to it and offered soup before that, the lunch was already quite sumptuous.

From classics to accessories

The recipe for the pomegranate walk is simple: 1 kg of potatoes, 1/4 kg of pasta, 2 tablespoons of oil or fat, 1 small onion and pepper and salt. Cook the whole potatoes and cool well. Cook the pasta separately and drain. Peeled potatoes cut into slices or grated. Brown the onion in the fat or oil, add the potatoes and finally the pasta.

Season with salt and pepper, stir and fry for a while to form a golden crust on the underside. Food lovers also add mushrooms, seasonal vegetables, herbs, fried leftovers, hot dogs, fried onion rings to the pomegranate step, or decorate the top with an egg over the eye. There are many options, but always a bowl of salad or maybe some pickles.

Luckily, the spectator team from Trbovlje also had a mascot with them. 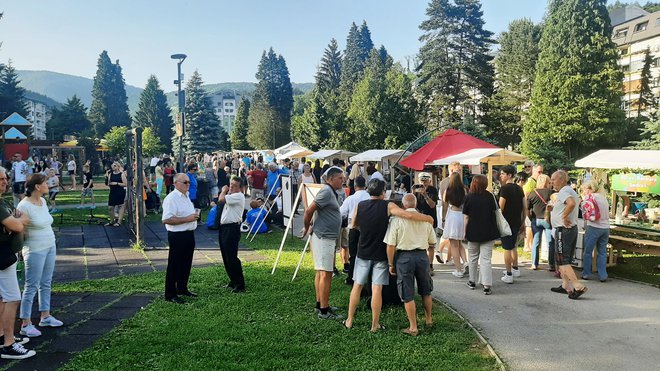